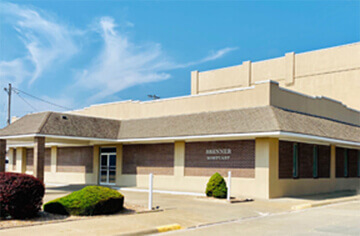 Brenner Mortuary has been a part of Pittsburg history since 1883. Founded as the Bowman Furniture and Undertaking Company, Brenner's is one of the oldest continuously operated businesses in Pittsburg, Kansas.